So, I’m planning to return to the Bubble, and look into some of these passenger missions. Before I leave for the bubble proper though, I’m looking to take a “quick” trip out to Sagittarius A* – a supermassive black hole at the centre of the galaxy – before heading back.

As opposed to my trip out to Jaques, I’m not taking anything home with me, so there’s no pesky mugs to take care of, just Curiosity and myself in the void. I have managed to soup up Curiosity somewhat, so I’ll have a slightly longer jump range (17.58 – unless I somehow manage to make it better still) and be better equipped as an exploration ship now, though nowhere near as good as what I could get in an Anaconda, Diamondback Explorer or Asp Explorer. I’m also not aiming for range this time around, but again aiming to do this as an exploration mission, taking my time to pick up as much exploration data as I can on this route. I’ll be following the same waypoint-plotting technique as described when I overtook CMDR Braxton Doyle on our trip out to Jaques.

Like last time, this is a working document, so expect this to change here and there as I prepare to depart, travel, and arrive.

I believe CMDR Braxton Doyle will be following a similar route to me, though while I plan on not using Neutron Stars to boost my travel speed, I think he may choose to do so.

The rough route plan is this: 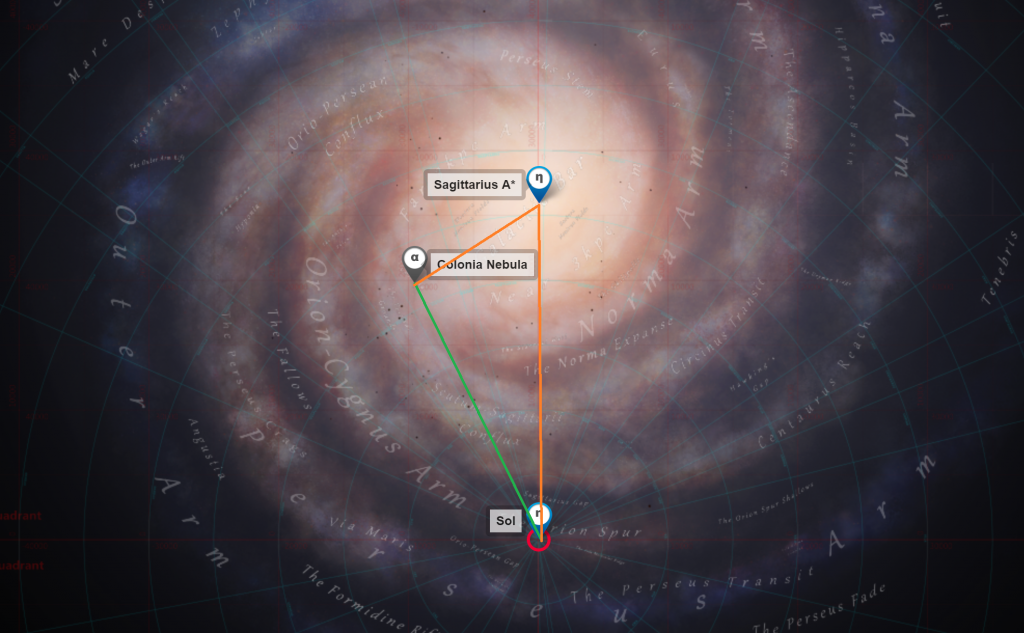 In green is the rough route I’ve already completed. In orange is my planned route – back to the bubble via Sag A*. Below is the standard table showing the route I’m actually taking, waypoint by waypoint. These will be plotted as time goes on.