I noticed pretty quickly that the Skaude sector appears to have a lot of very close binary pairs, quite often M/L class, or M/M class. There was one system I found which turned out to be a M/L/L/L quad-star system, reasonably close together.

After a quick stop admiring a pretty B-class star, I rapidly remembered what an abundance of close binary pairs could mean… as my frame shift drive dropped me out nicely between two stars. It didn’t take me long to realise something was seriously wrong, as my heat gauge rapidly rose over 200%.

That ended up being a pretty major overheating incident, as almost every module (the only exceptions being my PVH and canopy) taking 10% damage (± 2%). As such, my AFMU was left to run for a considerable time before I dared move off from this system, afeard as to what lay in store further on.

As it turns out, I managed to make it to Waypoint 12 successfully and safely from that point, with not too much further damage done. 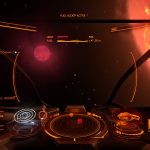 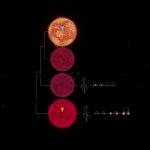 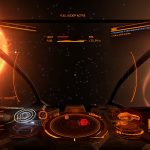 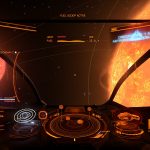 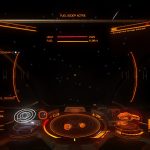 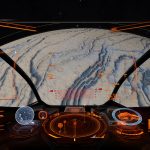