I started off by taking the SRV out for a spin on the planet I landed on last night. After finding a fair number of outcrops near each other, two containing the ever elusive Vanadium, I can now refill my AFMU. I also found the remains of a ship, a few canisters of narcotics and personal weapons, plus two occupied escape pods.

Space madness of course caused me to fly into a star, not sure why. I guess I’ll never know.

I also saw a star and called it out as a TTV before the scans came back, just because it was either huge or TTV given my distance from it. A couple of jumps later though, I decided to repeat the manouver while jumping to hyperspace and promptly fried all my equipment. It was only 137%!

On reaching Waypoint 3, I was slightly disappointed to discover a binary system with no planets at all, so I proceeded a few jumps further on to find a planet to land on, where I found a whole bunch more materials including the much needed zinc, and my first bit of mercury. But onwards I must go if I’m ever going to catch up with FastLizard4.

The system I’m parking up in tonight has a really cool looking high metal content world, with what looks like highly active volcanic activity. Anyway, I decided to set down on a rocky planet, and did a stupid and came in too fast for orbital cruise. Oh well, another incident to chalk up.

Overall, today has been really good, only a couple of incidents and given how much progress has been made, I’m quite happy! 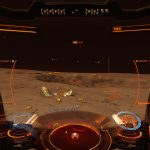 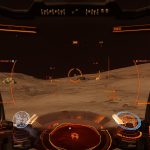 Two resource outcrops right next to each other 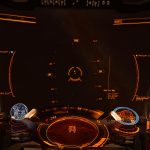 I started seeing this strange reading on the radar, thought I’d go see what it was about 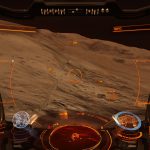 This planet has geological fault lines 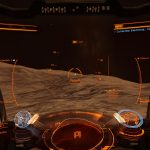 This thing must be big… 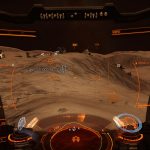 Oh, someone crashed… and there’s an occupied escape pod. Too bad Hutton Mugs take priority on this trip. 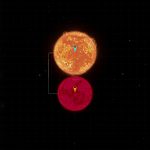 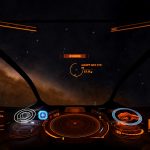 Look at the pretty 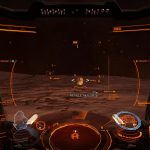 Another SRV trip found me some metallic meteorites 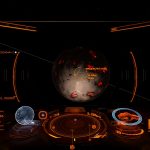