Today I made significant progress again, though it was not without cost.

One hundred and thirty-one jumps later, and eight incidents (four of which were minor), I’ve made it to  Waypoint 5.

A pull-up from a star slightly too late led to the first overheat incident, and while only at 100% heat for about a second, it still did 1% damage across all systems. This damage was further exacerbated by a controlled flight into a star, dipping slightly below the yellow line while really close.

Along the way I found a binary system, which while really beautiful, is also much closer together than first anticipated. Space madness wanting to do cool things caused me to forget that stars are hot, which caused the second overheating issue of the day.

Continuing in the same vein and forgetting that stars are hot, I once again decided to combine the previous two incidents and fly beneath the yellow line between two stars, causing a CFIS dropout and overheat damage.

Not only that, but I’ve rekindled my hatred of T Tauri stars, after attempting to scoop from no less than four of the things. 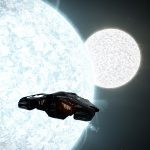 Look at these pretty stars! 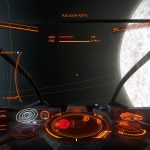 Oh, let me just fly between them! 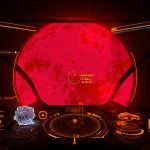 Pretty red L-class. Not seen one of these for a little bit 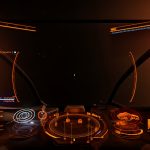 Because I’ve not done enough damage already, let’s fly between these too. 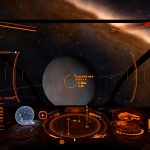 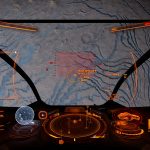