END_OF_DOCUMENT_TOKEN_TO_BE_REPLACED

Myself and another Underbelly tech have been working on recreating Underbelly Cowgate in Minecraft. It’s still a work in progress, but here’s some screenshots: We’ve still got the other half of the building (Beer Belly / Jelly Belly / Belly … Continue reading →

Quite a bit has happened recently!

I’ll try and give a bit of info about each, there’s quite a lot to write about though!

An IRC bot which stalks changes to Wikipedia based on regex matches. Read more

Those of you who use my Minecraft server will know that the server known as “caterpie” was bad. Any more than one person connected, and it would lag to the depths of hell. I’ve replaced it with a 1.7G beast of a server, still running as an Amazon server instance.

I registered a new domain! I’m still in the process of setting the thing up though, but that will become my main website, not quite sure what I’m gonna put there yet, but it’ll probably replace what webspace I had at http://helpmebot.org.uk/~stwalkerster/

A couple of weeks ago, the IRC bot that we use over at Wikipedia’s Account Creation Assistance project decided it would stop giving notifications to the IRC channel.

I’ll write more about this at a later time, hopefully soon, but probably when I’ve finished messing with my new site :P

Growing tired of the poor strobe light applications available on Android Market, I decided to build my own.

I’ll also write more about this too at a later time – I think this bit and the last one need their own posts.

After building the Google Chrome logo on my single-player map, I got a bit addicted to it. 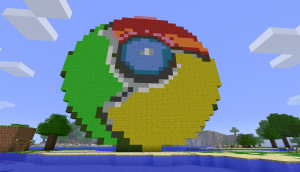 Just thought you’d love to hear about a few things I’ve been doing in Minecraft recently!

I decided to make the Google Chrome logo from coloured wool in Minecraft.

I took the Google Chrome Logo: 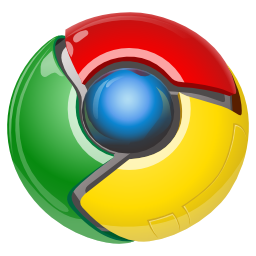 Applied this GIMP Colour Palette to it to adapt the colours to the wool colours in Minecraft (Image -> Mode -> Indexed, using custom palette – you’ll need to right click the palettes window and import it first): 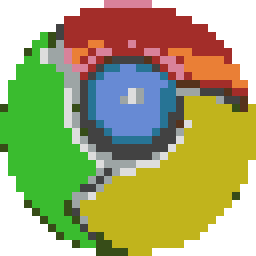 (this is the one I’m actually using, if you use the one above, you’ll end up with this)

I’m considering building all the major browser’s logos, but I’m having a hard time finding the resources to do just Chrome’s. And Chrome has gone and got itself a new logo in the meantime…

Because I was finding it hard to know what I needed, I also built a spreadsheet. This spreadsheet knows all the requirements for the wool blocks, asks you what you need to complete the project, what you currently have, and goes away and calculates what else you need to gather.

If you want to download it, feel free to. I’ve released it under CC-BY-SA, so do whatever you want with it under the terms of that licence (attribute me and share any changes you make under similar conditions, otherwise do what you want). Details are in the file.