Another day with not much to report except for another waypoint reached – Waypoint 12.

Last night I stopped one jump short of Six Rings, at Myriesly RY-S e3-5414, to savour the sights of this system for a new day.

On arrival, I was presented with a very pretty class B blue-white star, which takes the total number of stars in this system up to 7, albeit the other six being T Tauri protostars. 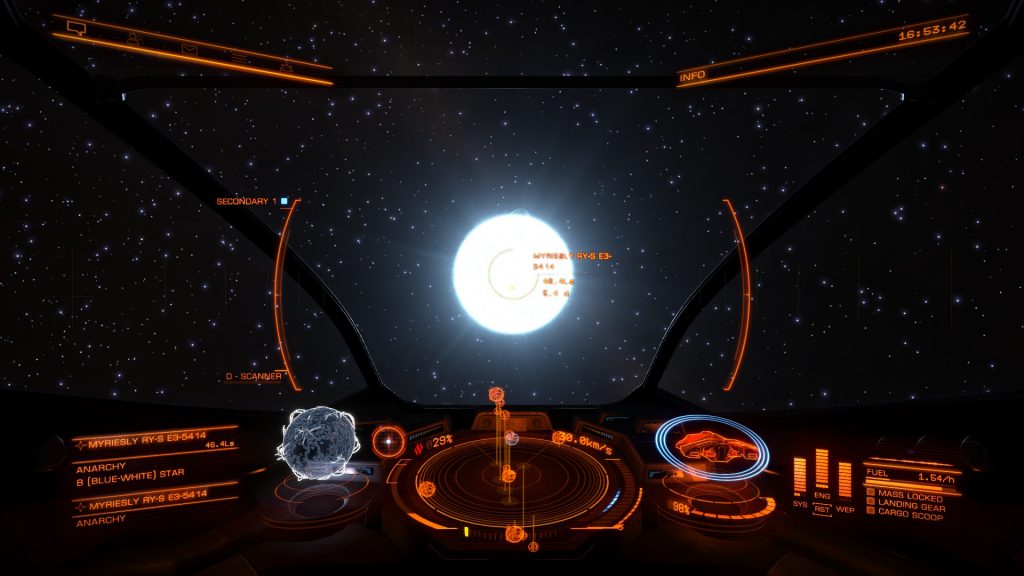 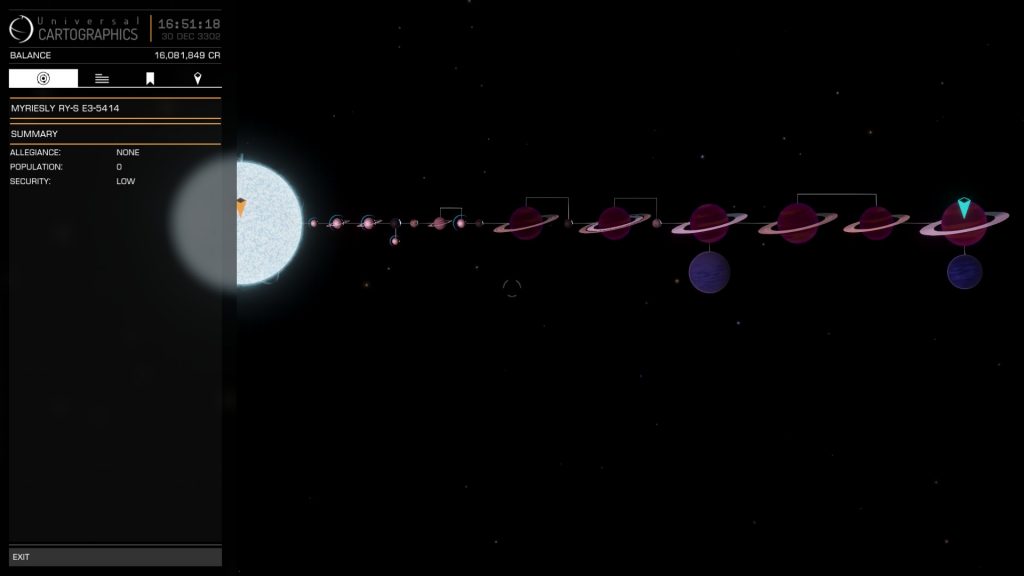 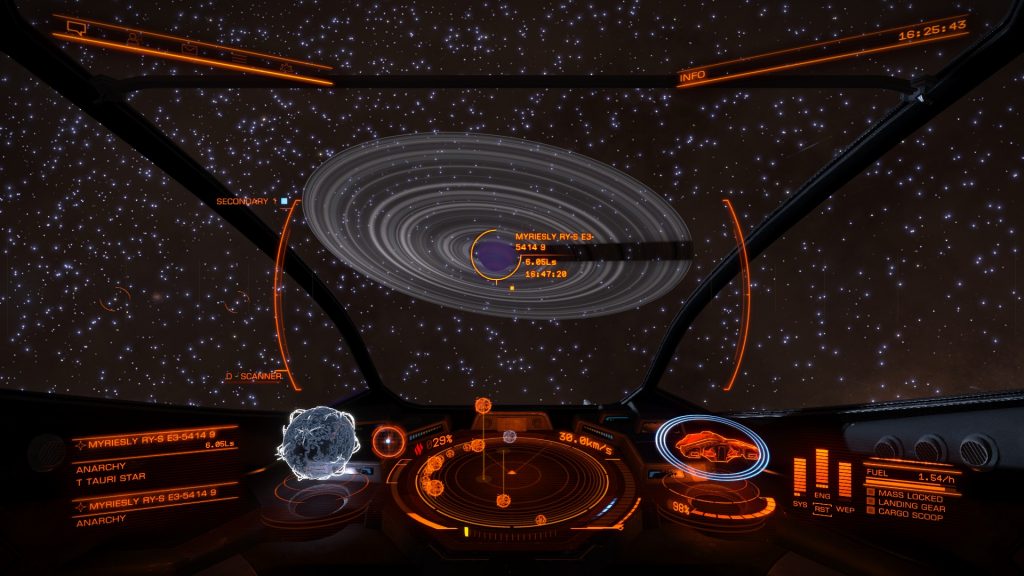 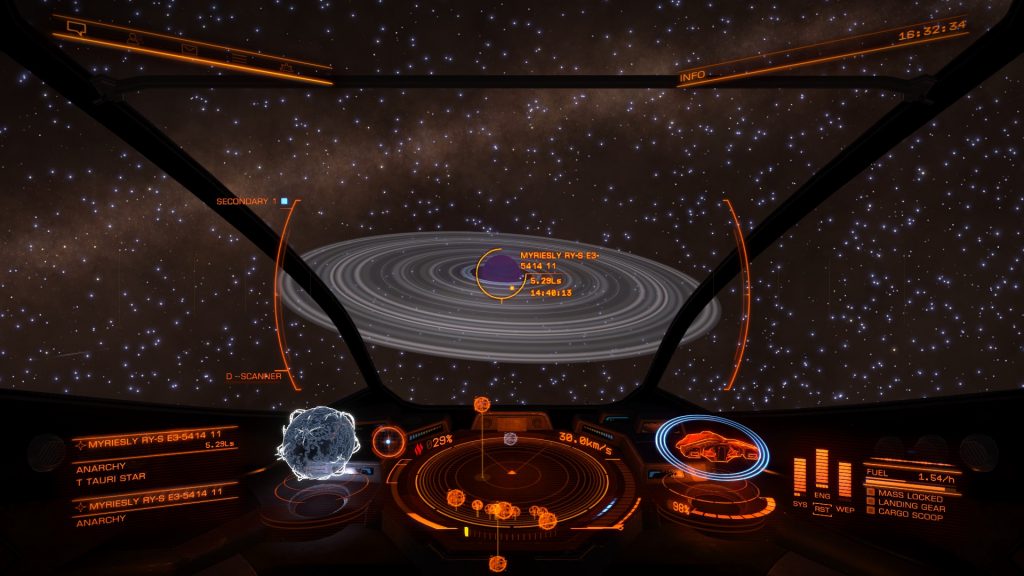 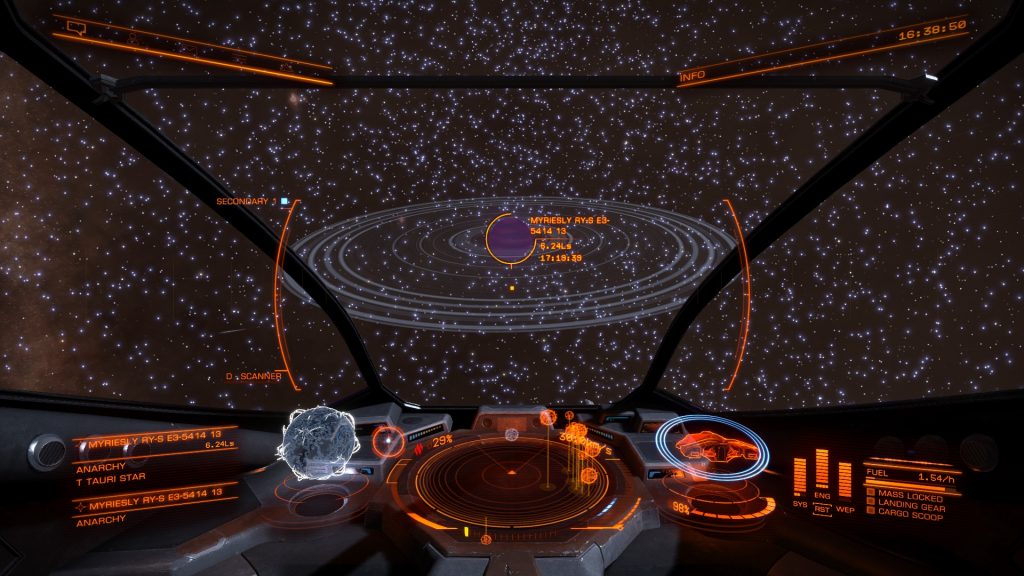 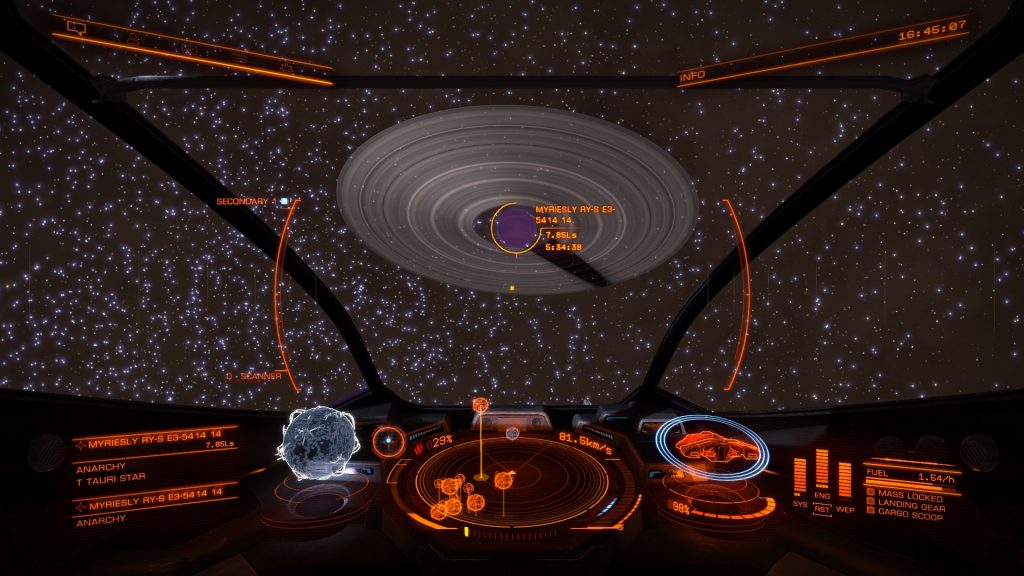 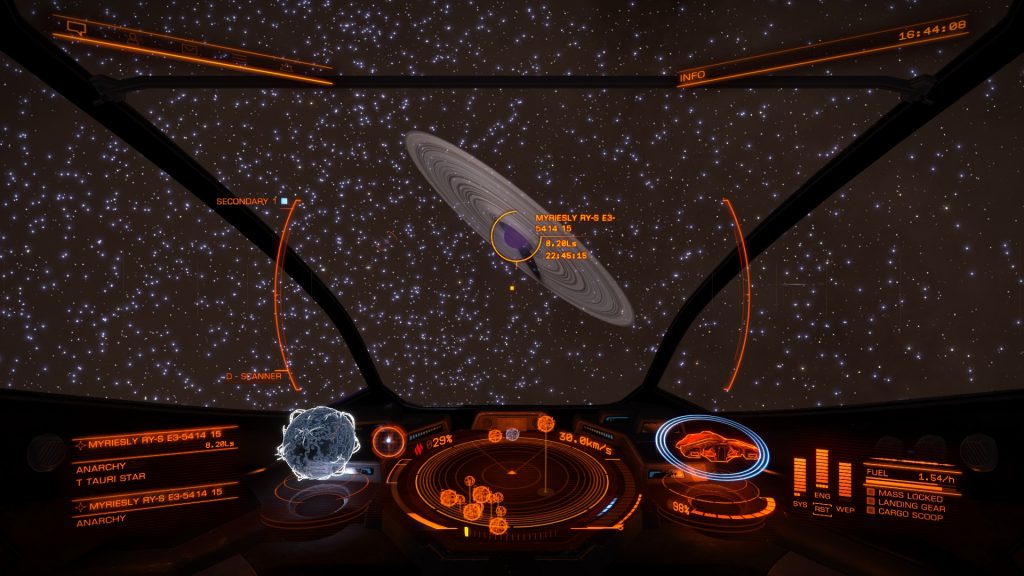 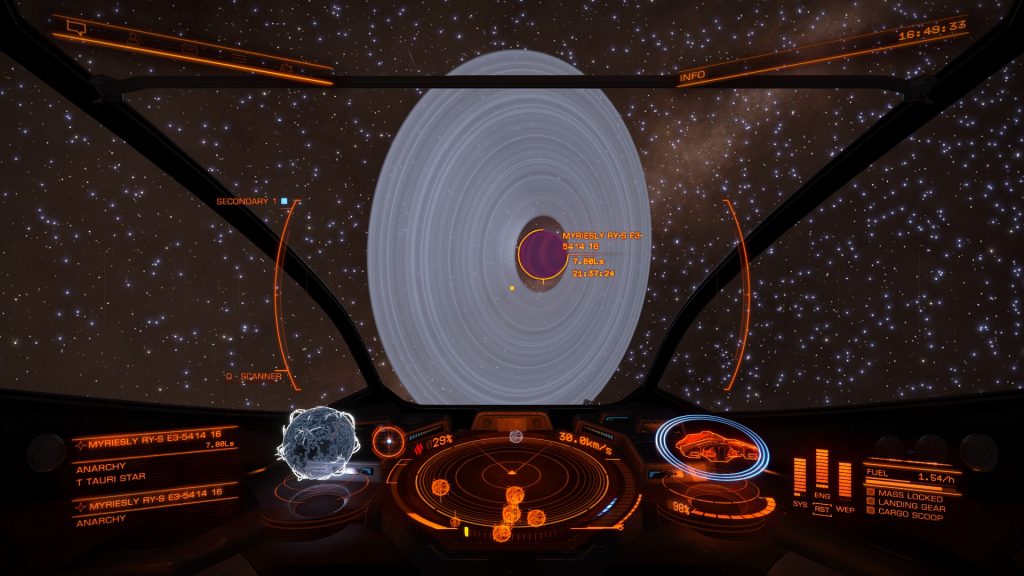 After that, I continued past Waypoint 11 and onwards to Sagittarius A*. 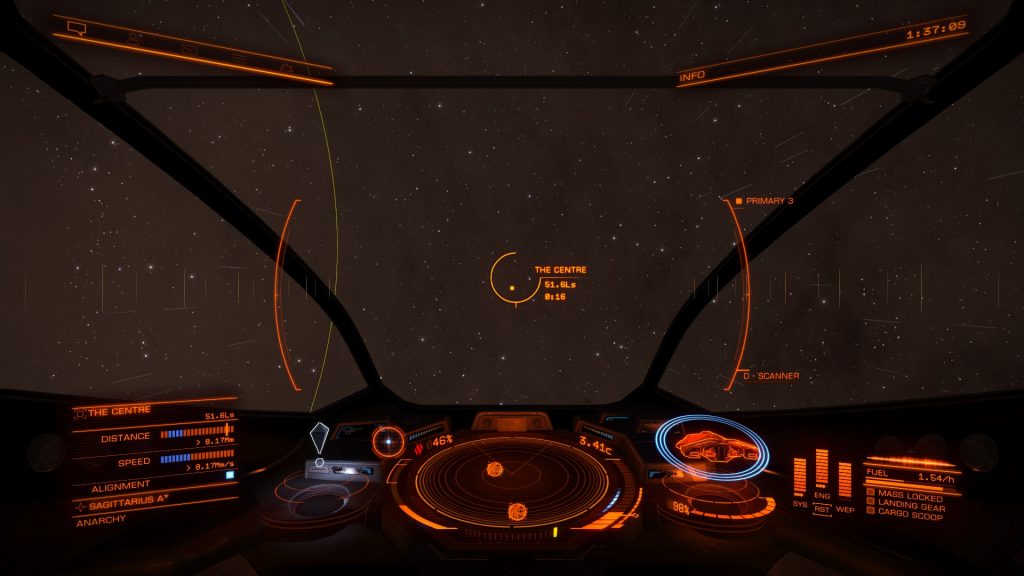 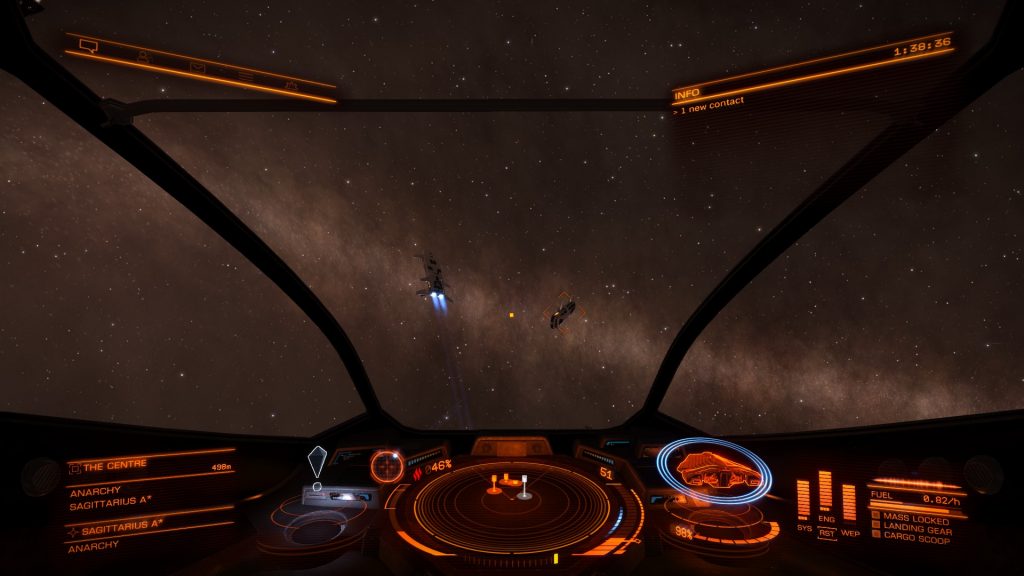 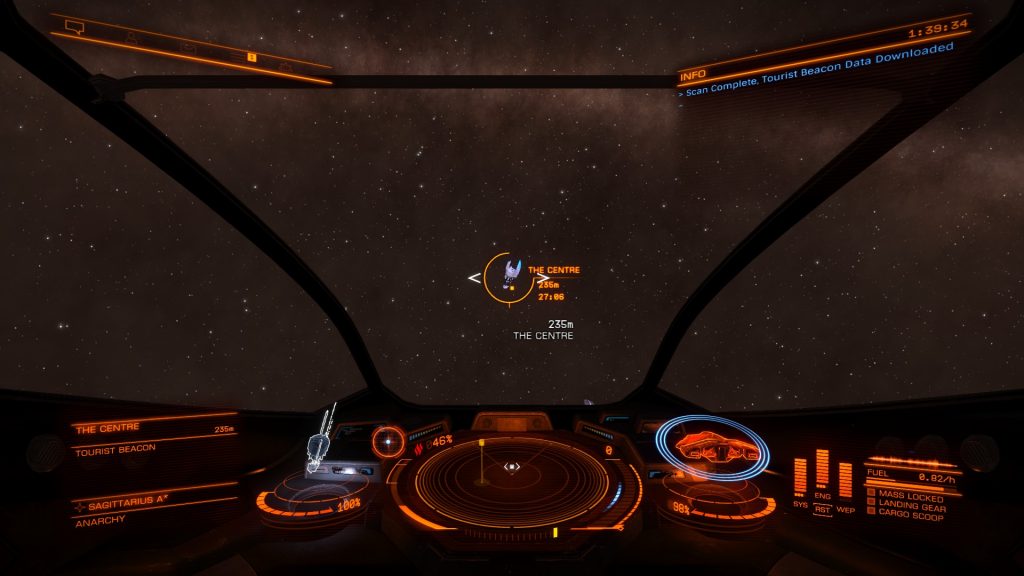 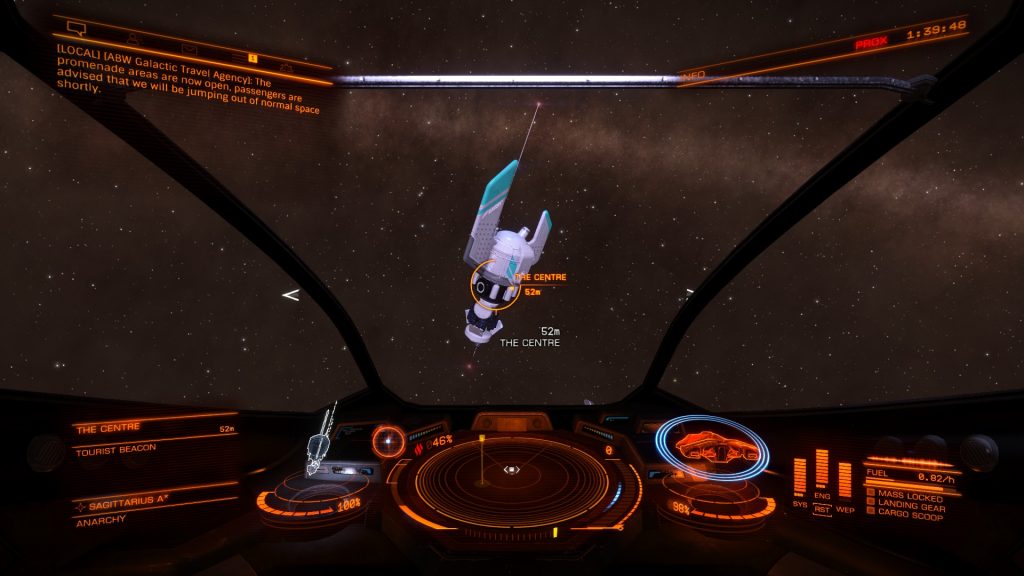 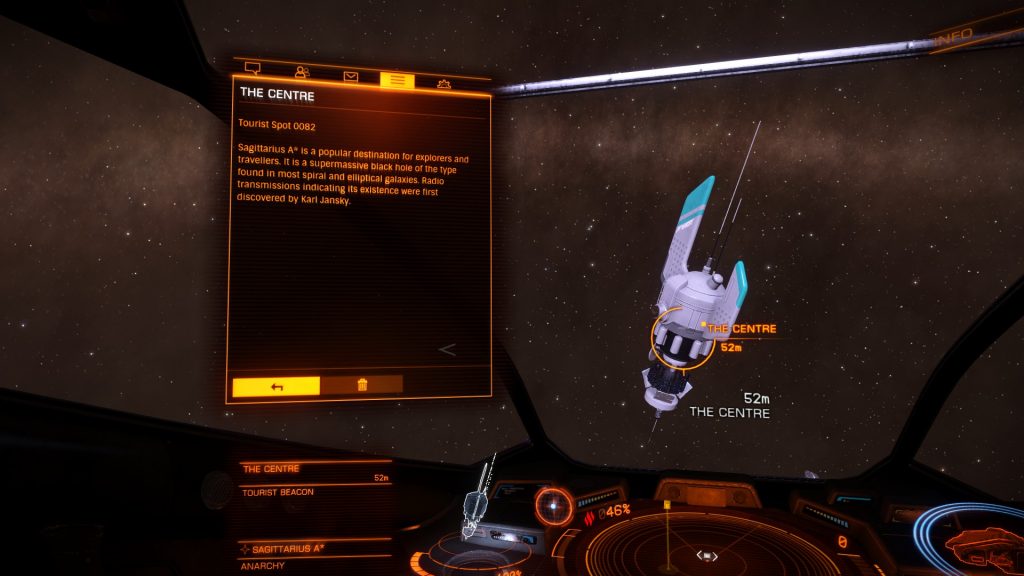 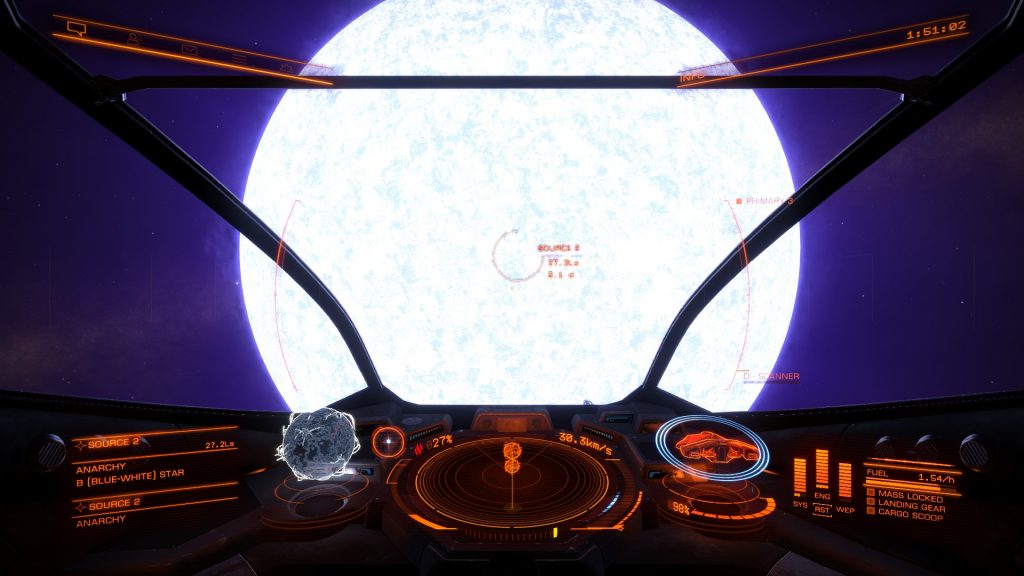 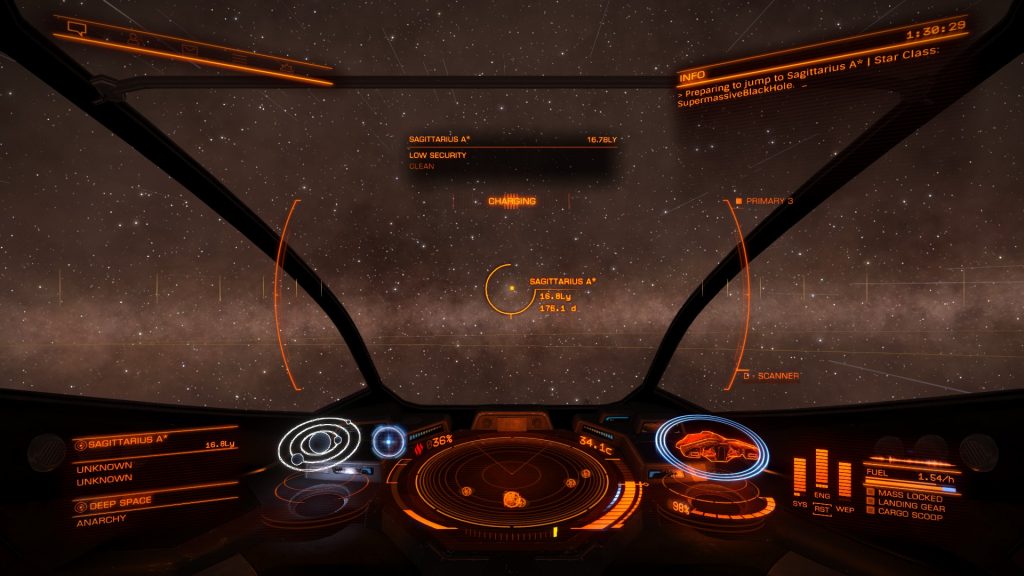 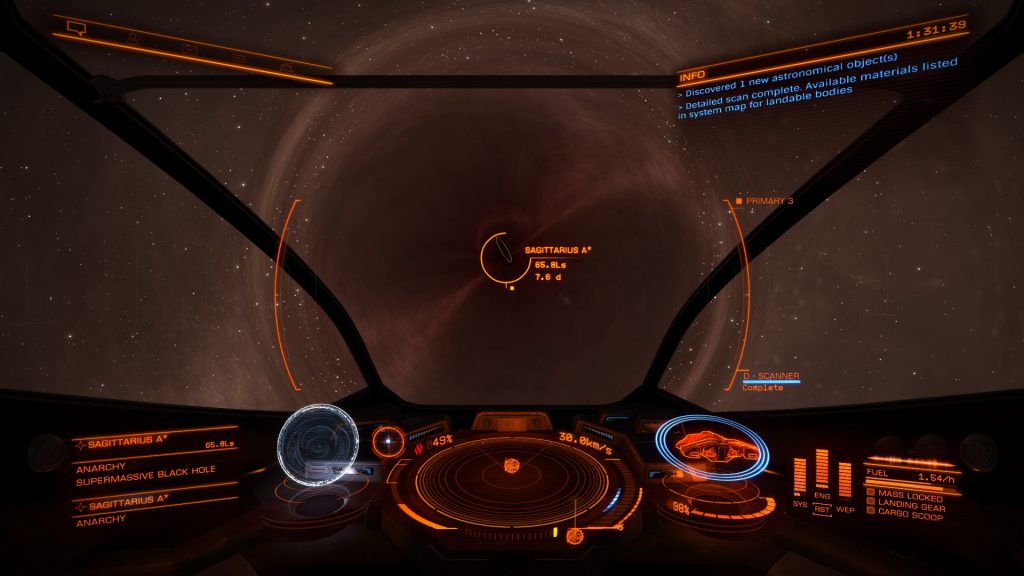 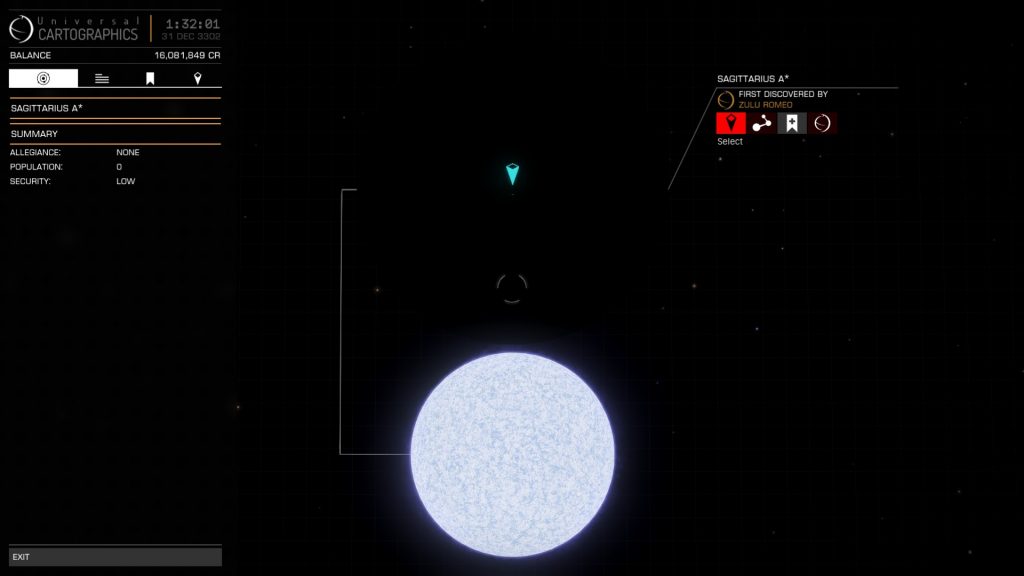 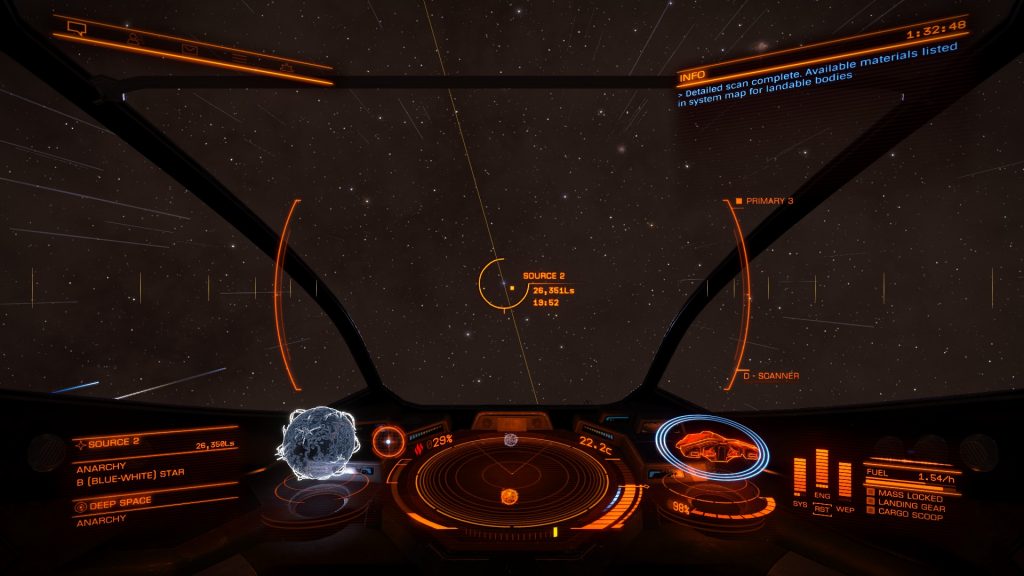 Having finally fixed my flight controls to use a proper throttle and stick rather than the hacked together controls I was using connected directly to my flight computer bypassing the controls I’ve previously neglected to add to my ship during purchase.

I passed Waypoints 9 and 10, and decided to take a break one jump before my first via – Six Rings. 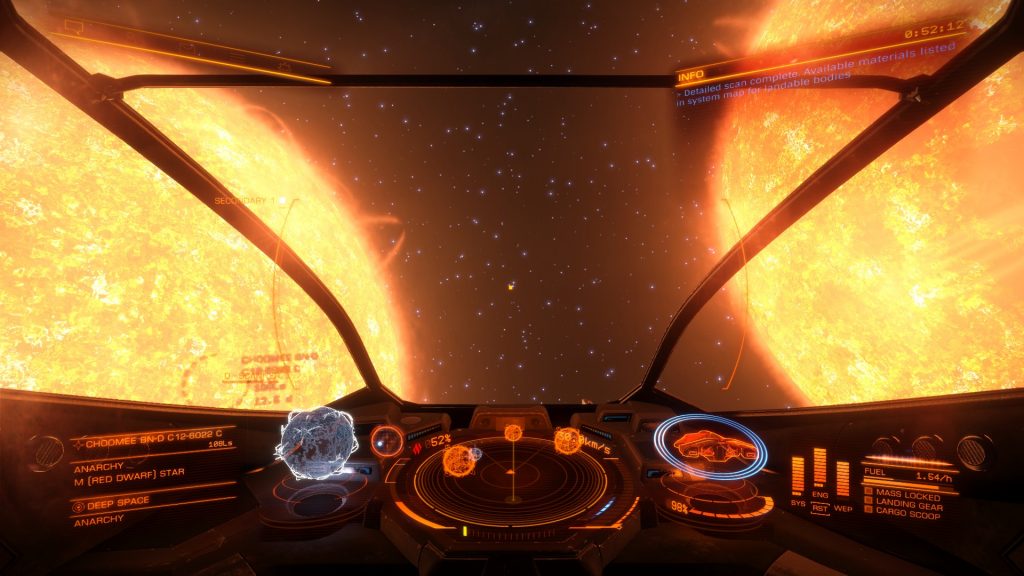 Not much to report here, other than hearing more Thargoids in Phroi Flyuae SO-T b22-60, as previously mentioned in a previous log, and I reached Waypoint 8! 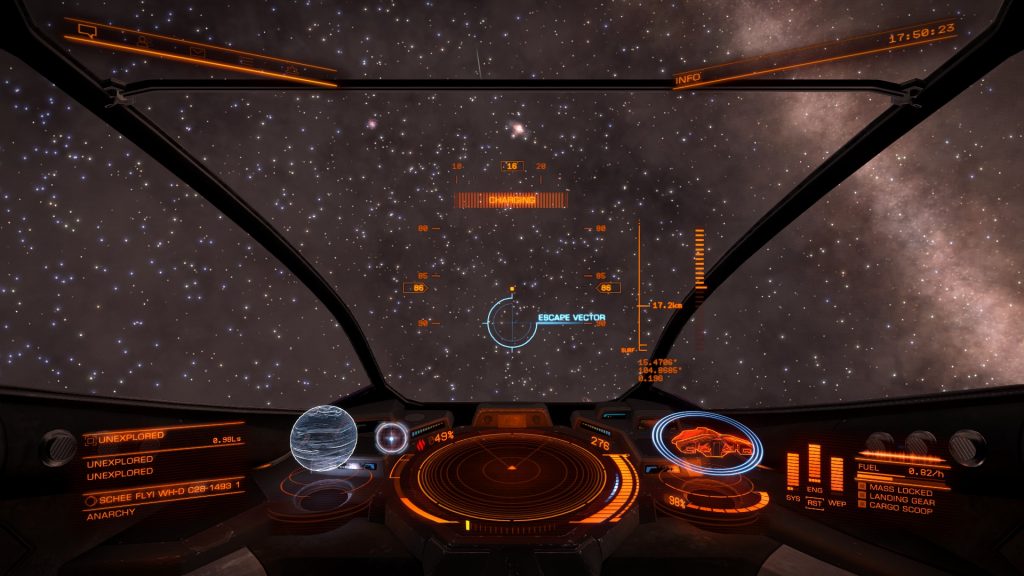 Two galaxies in the distance?

Note to self: don’t start moving towards a star before starting opening the system map – it’s not then possible to slow down or stop before… colliding… with said star until the system map has opened.

With Waypoint 7 reached and Waypoint 8 plotted, I spotted a nearby system worth a detour to – a system reporting itself as containing a Wolf-Rayet C star. 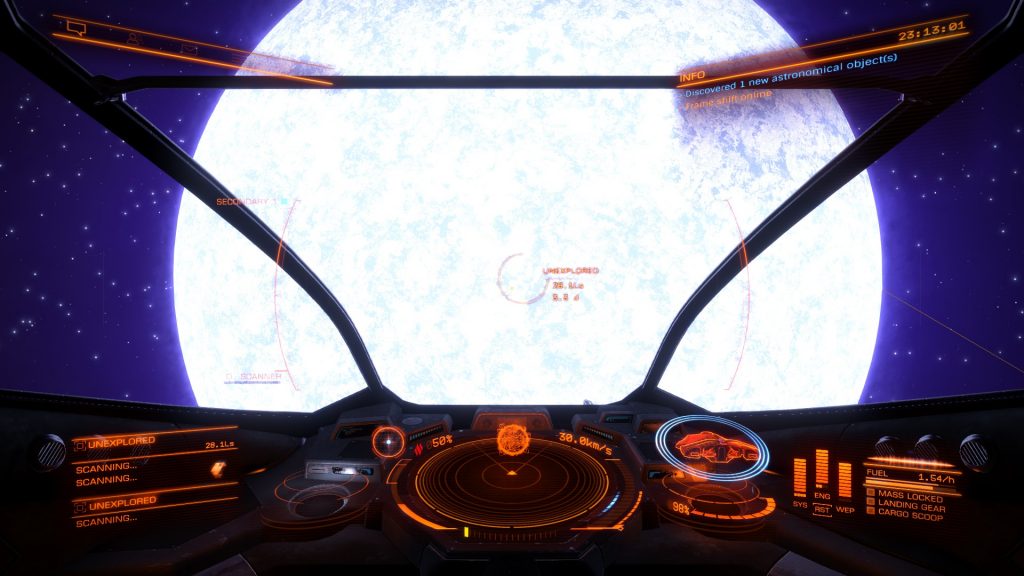 On arrival, I found that not only was this system holding a beautifully-purple WR-C, but it was also hiding a Class O star! 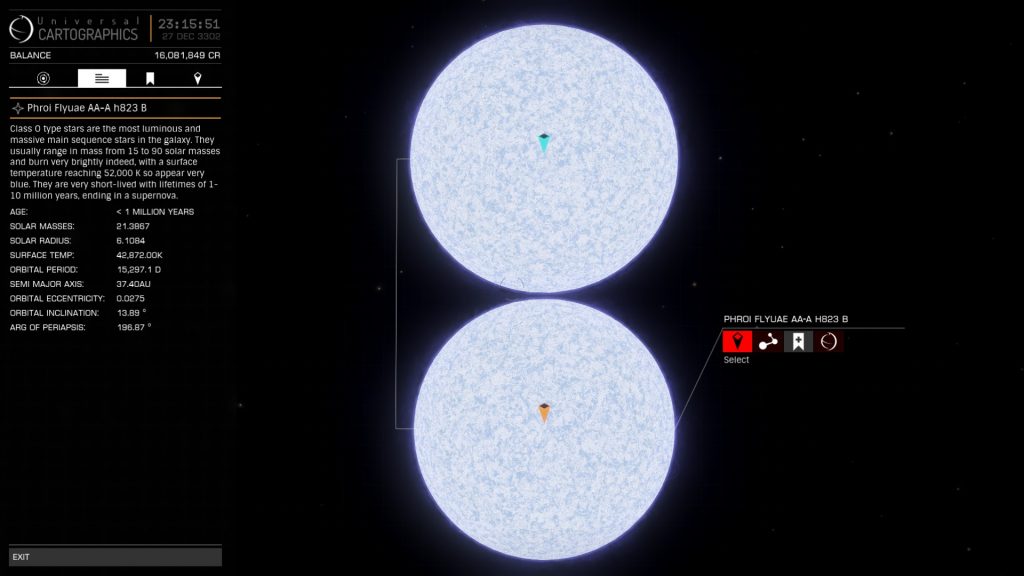 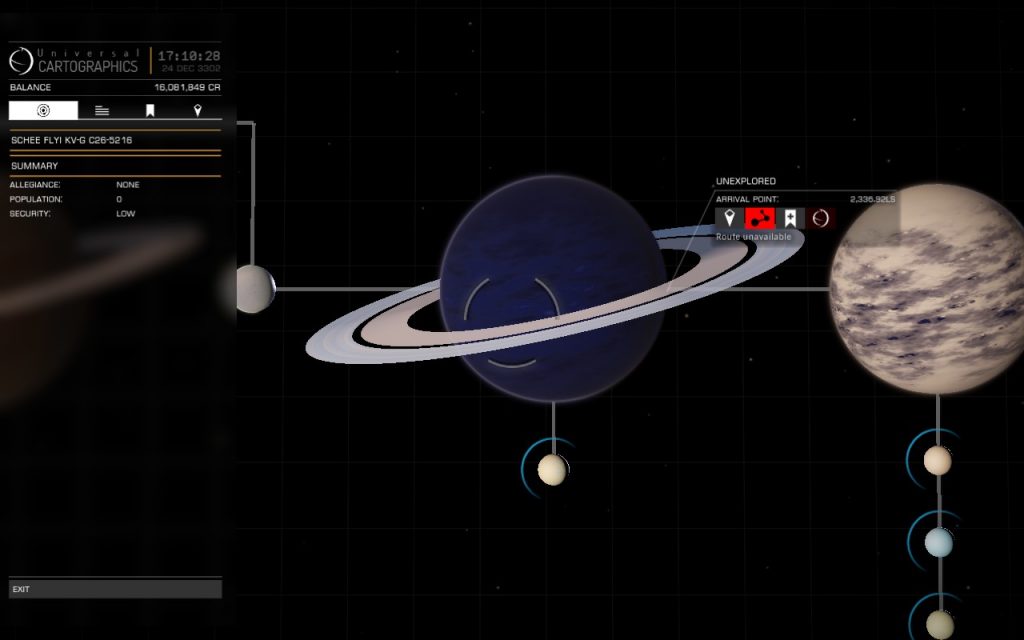 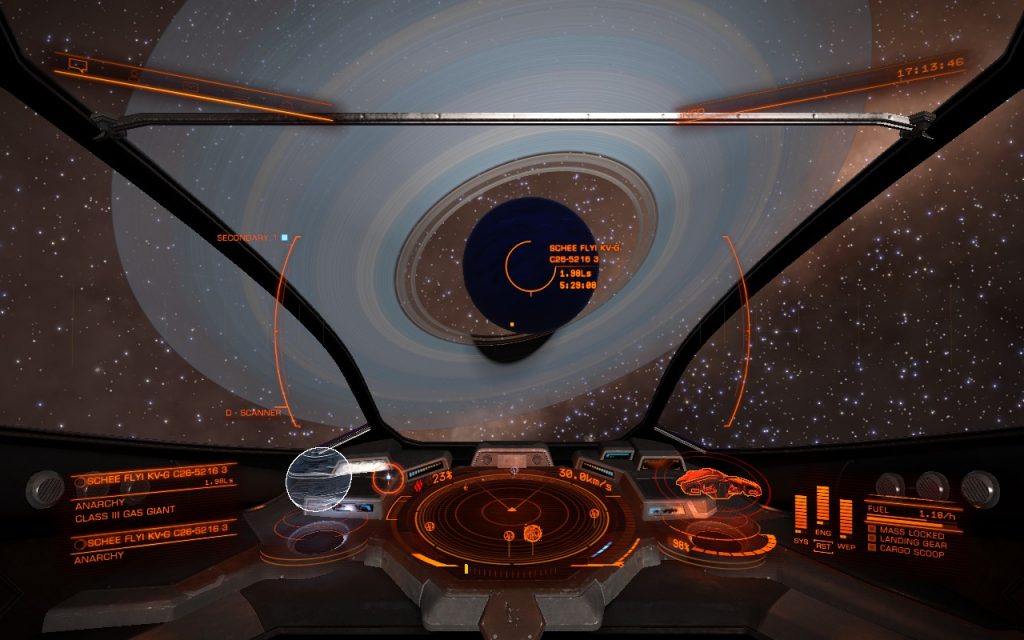 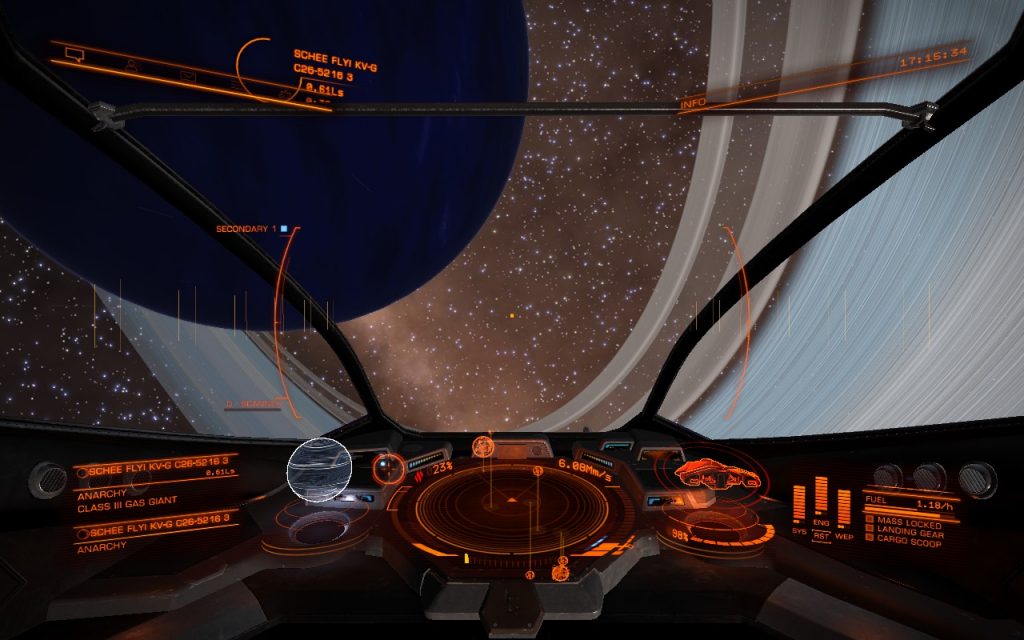 At work, we’re developing and maintaining an application which is backed by an Oracle database, and much of our application logic is contained within this database. As such, I get a lot of exposure to Oracle as well, and have even gone as far as setting up an Oracle XE instance at home, just to play with.

I’m not a cranky person, I don’t often complain about things, but recently as I’ve been getting more and more exposure to Oracle, and building more and more complex applications in my personal time on top of MySQL, I’ll try and do something that I know will work perfectly in Oracle, but for some unknown reason it doesn’t work – normally it is a very old bug or design decision I disagree with in MySQL.

To be fair, I have a fair share of grievances with Oracle too, which I’ll try and mention at the bottom, but mostly it’s MySQL’s issues that drive me up the wall.

Most of these stem from the differences between the two systems, and the intended audience of each. Oracle is much more enterprise-focused, but some of the things I mention below would not only be useful to MySQL users, they would allow developers to better leverage the database’s power, rather than being forced to do lots of data manipulation within the application layer.

END_OF_DOCUMENT_TOKEN_TO_BE_REPLACED

One of the things that you may have noticed recently on the Elite: Dangerous posts on this site is the little statistics panels at the bottom of posts – this post is about those: 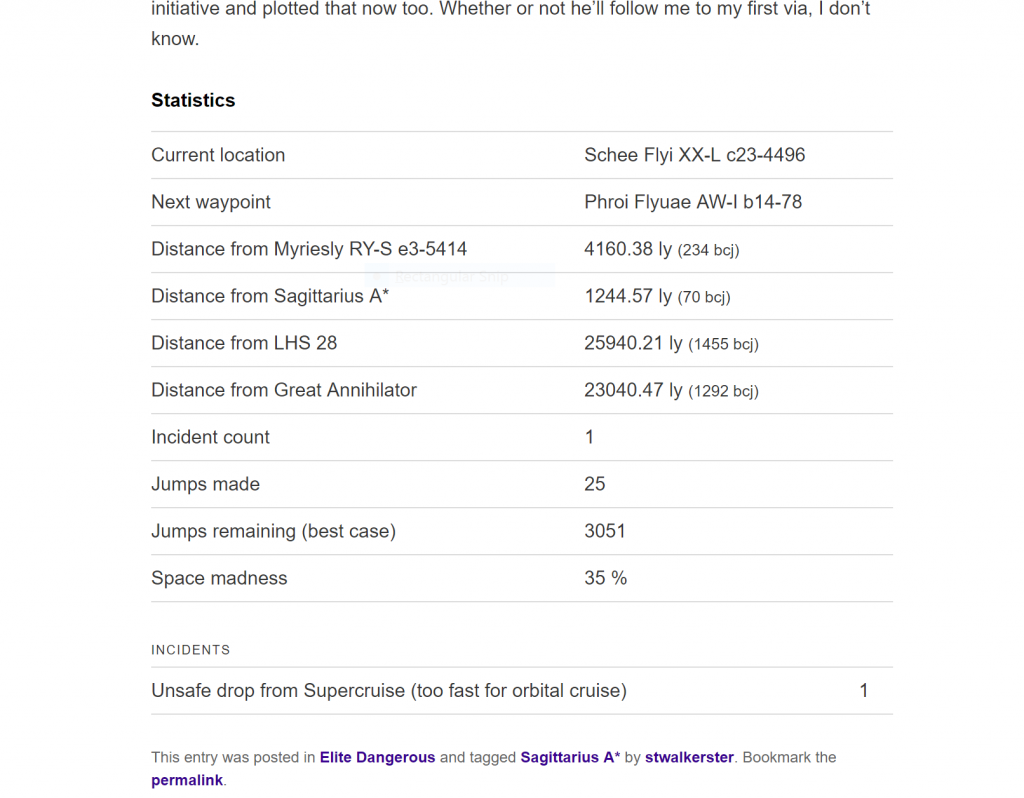 They are generated by a custom extension to the WordPress theme that I’m currently using, backed by a MySQL database. The database schema I’m using can be found here for those interested.
END_OF_DOCUMENT_TOKEN_TO_BE_REPLACED

After a minor incident where I decided to fly into a planet, today hasn’t been particularly exciting.

The only news of note to report is that I appear to have overtaken CMDR Braxton Doyle, as at the current time, the CMDR hasn’t plotted Waypoint 7 yet, so I’ve taken the initiative and plotted that now too. Whether or not he’ll follow me to my first via, I don’t know.