END_OF_DOCUMENT_TOKEN_TO_BE_REPLACED

Curse this blasted new ship! It was only yesterday that everything seemed to be working fine. Today, it’s decided to stop logging journal data. Not only that, but the heatsink trigger appears to be far too sensitive. Breathe on it and it’ll drop a heatsink. :(

I made it as far as Waypoint 1, which I think was 71 jumps (by a quick spot of maths), but I honestly don’t know due to the loss of tracking data. I’m going with 71 jumps.

On the up side, there’s an asteroid base at this waypoint, so I was able to drop some cartographic data off in case of incidents later on.

I went on to do another 89 jumps after that, using 416.6t fuel, but suffered even more issues with tracking. I’m going to dig into the ship’s computer and see if I can figure out what is going on…

Yesterday I thought I had a bad day with white dwarves.

Today, I jumped with my pre-charged FSD to another neutron star, charged and jumped again, and tried to charge a third time on a third neutron star.

Because you get buffeted around inside the jet cone, and remaining in the jet cone for too long causes a lot of damage, my ship quickly lost the ability to fly.

I couldn’t jump to supercruise because I couldn’t reorient to the escape vector – assuming my FSD didn’t glitch out before that point. My AFMU couldn’t keep both my thrusters and FSD healthy enough not to glitch out.

Eventually, my canopy shattered, and at that point it was clearly game over. Being 7.7kly away from home, there’s no way I had any hope of getting to a station for repairs in the 25 minutes of life support I had available.

Thankfully, someone has kindly grabbed my escape pod and escorted me back to Flade Enterprise in LHS 28, where I’ve managed to convince the insurance people to give me a new ship.

Whether or not I’m going to actually get to see these bubblegum worlds now before the update is another matter, but alas I shall try again. Probably spending little to no time gathering exploration data while en-route – I can do that on the way back.

I did, however, encounter this pretty thing – a very fast neutron star near a pretty class-L star. 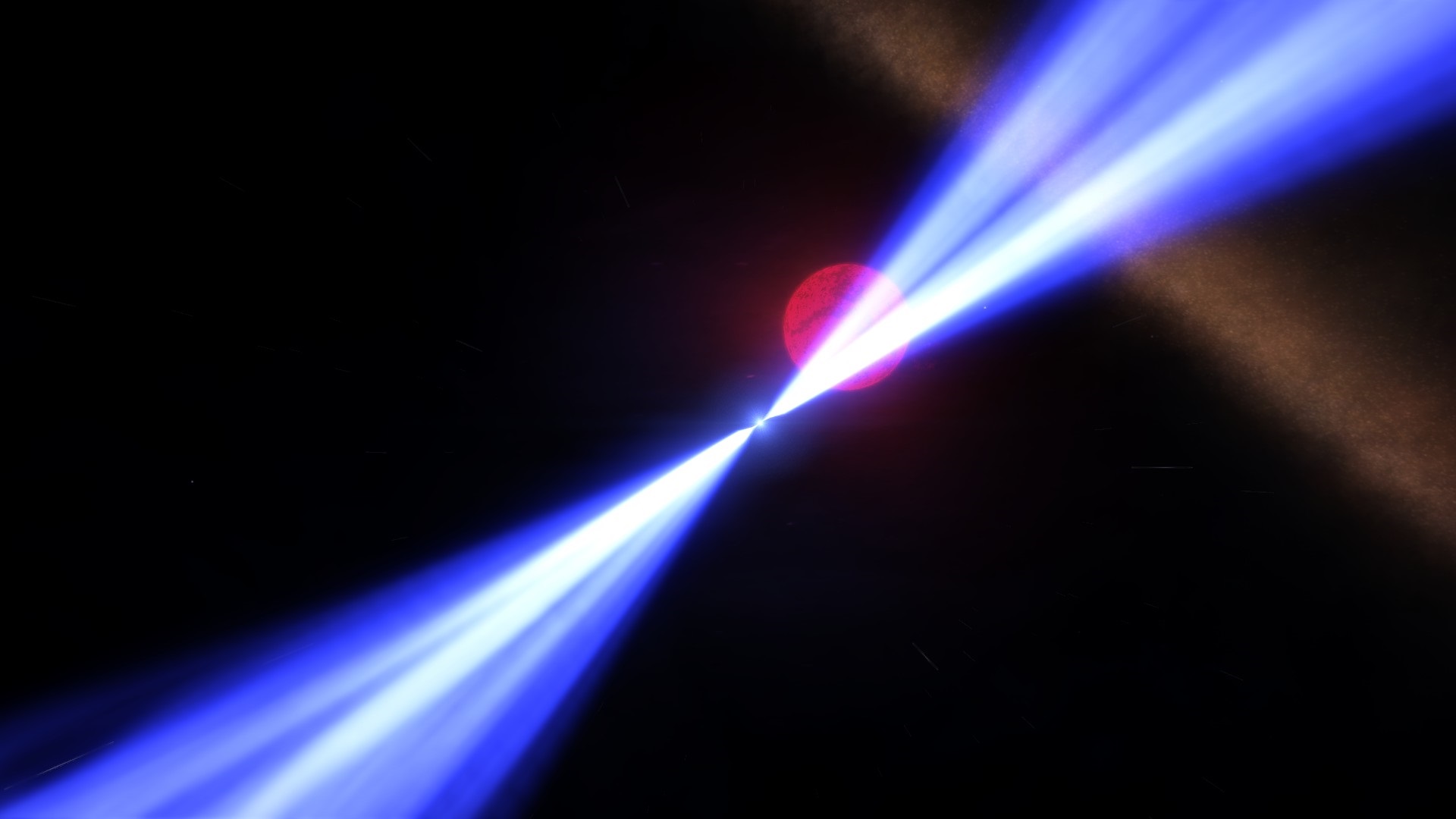 I guess it’s just interesting seeing how different regions of the galaxy have different types of things to see.

However, I finished today with a few incidents with white dwarves – the jet cones are much smaller than that of neutron stars, so I’ve unfortunately tripped the supercruise safety mechanisms when trying to supercharge my FSD, and forcibly dropped out. Of course, white dwarves are also pretty hot, so I’ve had a few overheating issues as well.

I’ve heard stories of fluorescent green and pink gas giants in the depths of space, and I simply have to see these for myself before they’re toned down with the next update.

I’m taking my Asp Explorer “Pathfinder” as a prelude to Distant Worlds II which is happening early next year. I’ve got this loadout, which gives me a decent jump range of 43.78ly laden, oh, and did I mention I’ve already left?

END_OF_DOCUMENT_TOKEN_TO_BE_REPLACED 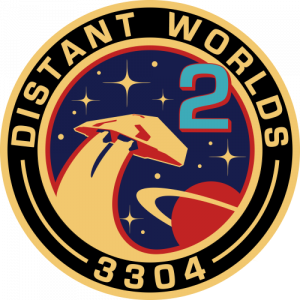 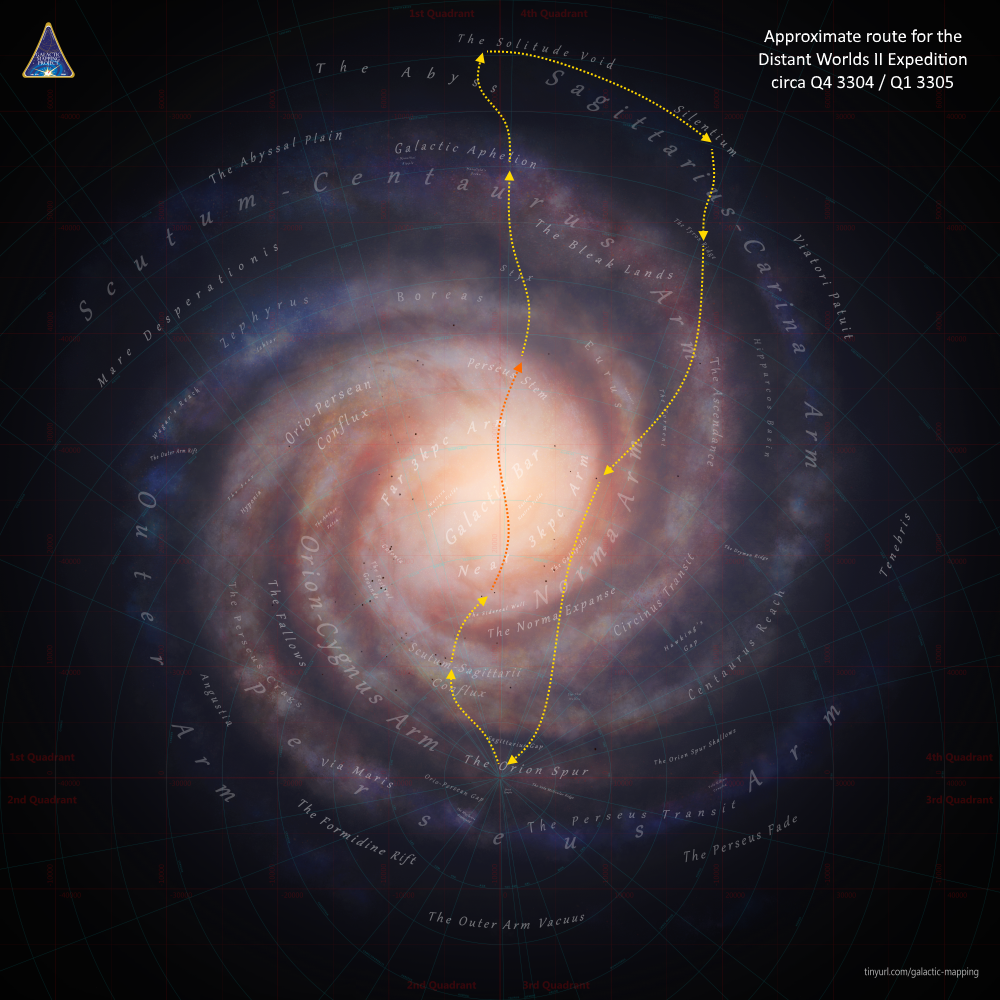 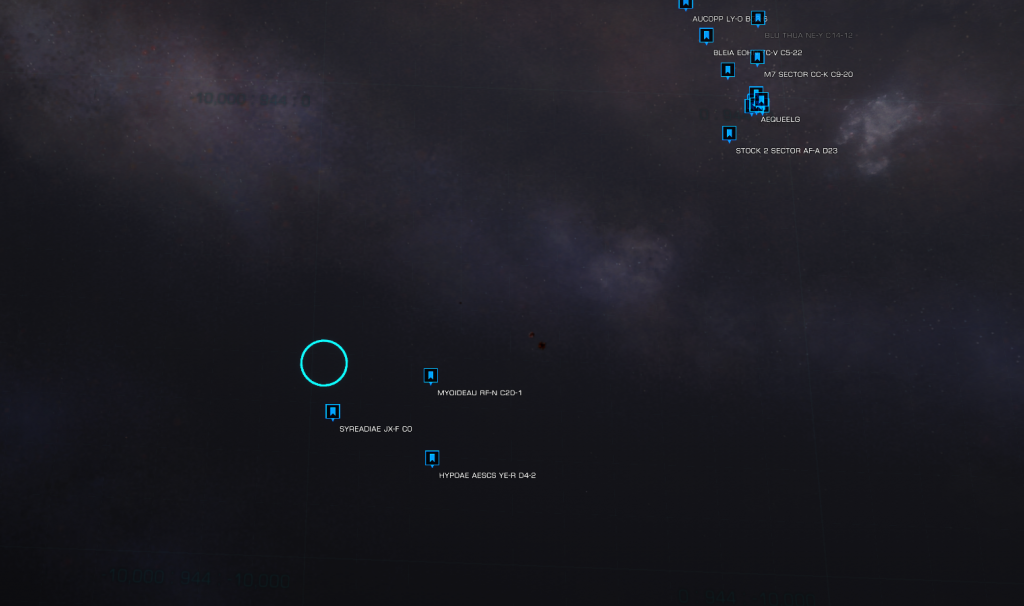